The Royal Australian Mint has released the first coin within their “Northern Sky” series. These coins feature constellations visible in the northern hemisphere presented on color printed domed coins. The latest coin features the Cassiopeia constellation, first described by the Greek astronomer Ptolemy

In Greek mythology, Cassiopeia was the beautiful but boastful queen of Ethiopia. While her beauty could never be questioned, her vanity became her tragic legacy.

The sea god Nereus was the proud father of many lovely nymph-daughters known as Nerieds. When Cassiopeia proclaimed that she and her daughter Andromeda were more beautiful than any of them, she invoked the scorn of the ruling sea god Poseidon. His raging waters would destroy her kingdom unless she was tied to a chair in the sky and Andromeda was sacrificed.

Cassiopeia can still be seen in the northern skies today, with her throne circling the celestial pole and her arm desperately hanging on. As per Poseidon’s wishes, the constellation is sometimes seen upside down, and appears as either an M or W depending on when it is being viewed.

After being catalogued in the second century by the Greek astronomer Ptolemy, it is still classed as one of today’s 88 modern constellations.

An effigy of Her Majesty Queen Elizabeth II appears on the obverse side of the coin together with the inscriptions ‘ELIZABETH II’, ‘AUSTRALIA’ and the inscription, in numerals, of a year. The obverse design includes the initials of the designer Ian Rank-Broadley ‘IRB’.

It comes supplied in a presentation box with a Certificate of Authenticity. 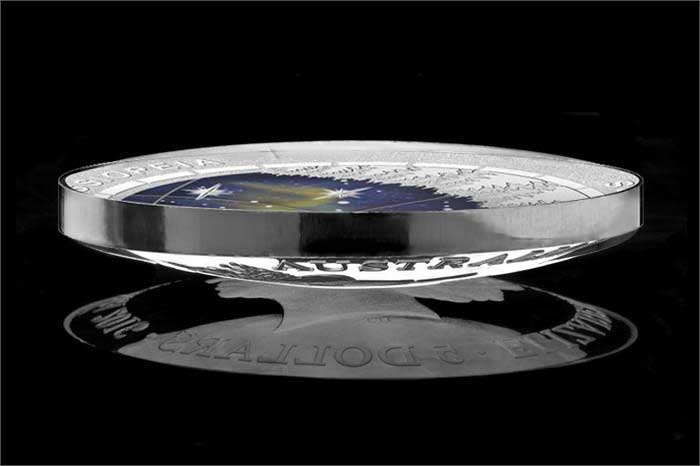